For the past few years DJI has made almost all of the biggest advancements in the drone industry, but this year it looks like Yuneec is stepping up there game with a new drone that could be the biggest innovation since the Phantom 3.

on January 5th, Yuneec announced the Typhoon H, a small prosumer grade hexacopter with all of the standard features we love like position hold, return to home, follow me and more, but what makes this drone different than all the others on the market is it’s Real Sense technology.

Real Sense? Sounds familiar doesn’t it? Real Sense is an obstacle avoidance technology developed by Intel. Back at CES 2015, Intel showed off an impressive demo of what their Real Sense technology could do. During the live demo, they had a few custom built drones flying through an elaborate obstacle course using nothing but the onboard cameras and sensors on the drones. It was a cool demonstration at the time, but the drones were very expensive, complicated, clunky and it wasn’t something they were planning on releasing to the public.

This year at CES, Intel had another drone demonstration to show off, but this time it was a live demo of the new Yuneec Typhoon H. They had what appears to be a completely ready-to-fly drone navigating through trees while following a bike rider! unfortunately, the demo wasn’t completely realistic. They did have tracking cameras placed all over the stage so that the drone could have a precise stream of location data while flying (meaning there’s a possibility that the real sense technology wasn’t actually being used in the demo). In any case, it was a nice demonstration, we just aren’t sure how realistic it really was.

We don’t have an official release date or price for the Yuneec Typhoon H, but we know that it will be available sometime before the end of this year and the price will be around $1,800 USD without Real Sense technology.

In the past, obstacle avoidance on a consumer drone was something that seemed like a far off dream, but with the recent announcement of the Typhoon H, I wouldn’t be surprised to see this kind of technology and more in the next DJI Phantom 4 which is rumored to release around the same time or before the Typhoon H comes out. 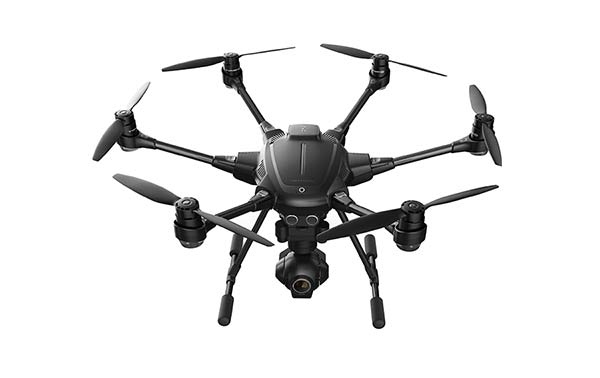 Camera resolution
4000 x 3000
Learn More
Check Price
Retail Price
$
This is some text inside of a div block.

Camera resolution
4000 x 3000
Learn More
Check Price
Retail Price
$
This is some text inside of a div block.